This month's Hidden Diamond has got an exciting series to share about three wolf-shifter packs near Devil's Peak, Colorado.  They share a fragile alliance in their efforts to survive the anti-shifter groups bent on destroying them. Very few rules are universal between the packs, except the laws of nature. . . and these shifters love to defy nature.  Please give a warm welcome to fellow Star Trek nerd Julie K. Cohen as she shares her awesome wolf shifters, how she delves into a character's mindset, and her answers to the Hidden Diamond author questionnaire.

Damien’s Dilemma: Damien needs to blood-bond a shifter to keep from going feral. He would blood-bond Tess in a second, except his enemies have destroyed her ability to shift. And they’re not done with her...

Blade’s Battle: Blade falls for the woman responsible for the deadly Shifter Virus.  Hundreds have died because of her.  Except she may not be guilty.  Will he surrender or mate her?

Callen’s Captive: Callen’s an enforcer who does whatever it takes to protect his pack. Whatever. It. Takes.  Kate is a human who can’t shake him; he’s determined to protect her from the anti-shifters trying to kill her. He can’t protect his pack and Kate both. Will he choose his pack or the woman he’s falling for?

Hayden’s Haven: Traitor. Outcast. Predator.  That’s what they call him from the shadows. And they’re right. He’s all of those… and much more.  Hayden will do anything to protect Mila, even challenge his former alpha, the brother who cast him out years ago.

Frank’s Felon: Delilah’s tainted, targeted, far from tamed. And Frank wants her, badly. She’s his future, though she won’t admit it. He won’t let her enemies take her, even if it means starting a war with the humans.

Delving Into A Character's Mindset 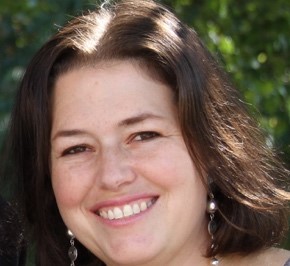 From the moment I wake up each morning, I can’t wait to sit at my computer and write—I need to find out what will happen in the latest novel I’m writing. You might think as the author I know what’s going to happen.  To some extent, I do; I know a few facts about my characters and the overall plot of a story, but the road to their HEA (happily-ever-after) has yet to unfold.

The moment I start writing, I’m no longer Julie. I’m a character in my book, sometimes female, sometimes male, sometimes alien or wolf. To understand a character, I need to be that character, think like her, have her mindset—whether she’s irrational, cold, logical, scared, hopeful, weary, or feels beat up by life. Once I slip into the character’s mindset, I react to what is happening to her—from her perspective. This is why I don’t truly know my characters and what they will do in a given situation until I start writing.

How does one think like another person? For me, stepping into a character’s mindset stems from my childhood. I was an avid tv viewer, watching everything from sci-fi and westerns to sitcoms and crime drama. I absorbed it all, the dialogue, the body language, the play between characters—all while re-writing scenes, dialogue, and characters in my head for the shows I watched.

Unlike many authors, I hated, and I mean hated reading.  Unless I had to read a book for school (yes, I was a nerdy straight-A student in school), I didn’t read. . . not until I discovered Star Trek books in the tenth grade.  Immediately, I was hooked. I suddenly had access to an endless stream of stories from one of my favorite shows.

Even with the discovery of Star Trek books, I needed to write my own book, to see the plot and characters swimming around in my imagination come to life. Yes, I confess, my first novel was a Star Trek novel... Didn’t I say I was a nerd earlier? My best friend and I co-wrote a Star Trek novel, completely unaware that the Star Trek franchise had their stable of writers, and they weren’t going to accept a manuscript from two teens.  I never gave up, though. I continued writing (Science Fiction at first, and later Sci-Fi Romance), honing my craft over the years.

Today, my favorite genres to read and write are Sci-Fi / Fantasy Romance and Paranormal Romance.  I love the ability to create worlds, social and political systems, and plots that are not confined by reality but abide by a set of rules I create.

Reading and writing fiction, especially romance, is about enjoying oneself, escaping into a world where love is attainable, even though the road to achieving and holding onto love is often fraught with danger, deception, and death (sorry, I felt the need for an alliteration there).

As a reader, I enjoy watching characters come together, bond, and fight for one another—and win, against the odds.  As a writer. . . I have the fun of making that happen.

What's the wildest thing you've done to research a book?

Maybe this isn’t ‘wild’ but trying to envision a hand-to-hand fight scene can be difficult so I often ‘practice’ on my daughter, in slow motion, to see how a character can escape a certain hold/situation.  This might not sound dangerous, but my daughter is a black belt in karate and I’m, well. . . not.

I love writing characters with deep/complex emotions and I especially love a plot that has many threads, twists, and turns.  I will envision a basic premise (i.e. What happens when a wolf shifter can no longer shift and she’s no longer accepted in her ‘world’ but doesn’t quite fit in the world of humans?).  This became the premise of Damien’s Dilemma, my first wolf shifter romance novel. Tess, my heroine, is a Broken Shifter (hence the name of the series).  Except she doesn’t allow her lack of shifter abilities to keep her from going after what she wants.

Once I know my basic premise, I have to create and understand my character.  Who is she, how does she deal with this tremendous blow? Next, I create a fairly detailed outline.  That’s the plotter in me.  I then turn into a pantster (writing by the seat of my pants), creating as I go.  I still use my outline, but as a guide to ensure I hit certain plot points I need to reach the ending I have in mind.  As I write, anything can change along the way, including the ending.  Ultimately, my characters drive my story.  Just like many readers can’t wait to pick up a book to see what happens next, I can’t wait to sit down to write, to see how the story unfolds.

This a tough question!!!  It’s a tie between  a not-as-widely-known character, Val Con yos’Phelium in Sharon Lee’s & Steve Miller’s Liaden Universe novels and Miles Vorkosigan in Lois McMaster Bujold’s Vorkosigan saga. Val Con is tall, wicked clever, hopelessly in love with his wife, and has just the right amount of arrogance (and skills) to make him a joy to read. Miles meanwhile is probably the smartest character you’ll ever encounter, but he’s not arrogant in the least; he’s funny and smart in a way that leaves his enemies stumbling all over themselves, wondering what the hell happened when he outmaneuvers them.

And in the spirit of the ongoing Joss Whedon debate, who would win: astronauts or cavemen?

Cavemen. In every book you read and movie you watch, inevitably the modern day protagonists (astronauts in this case) drop their fancy guns or suffer from technological ‘glitches’. When that happens, the protagonists are left with just their wit, which is great if they have the time, materials, and know-how to construct what they need (think MacGyver here).  The cavemen, meanwhile, won’t stop to think the situation through. Their animal instincts to survive will probably kick in faster that the astronauts’ ability to think their way out of a fight.  And guess what?  If they do end up in a hand-to-hand combat situation, those cavemen are probably in better shape than the astronauts. Survival of the fittest.

Thank you, Julie, for being one of my Hidden Diamonds!  For those looking to find out more about Julie or to pick up her books for yourself, you can find those here!