Hidden Diamond: Carey Decevito, Essence Extracted and Getting Into A Man's Head

There are lots of authors and books out there, so many that it can be hard for readers to find what they're looking to read.  So I want to share the gems hidden among the chaos.  Each month I'll feature a new Hidden Diamond author.  If you want to know more, please connect with me and you won't miss the diamond you've been searching for. 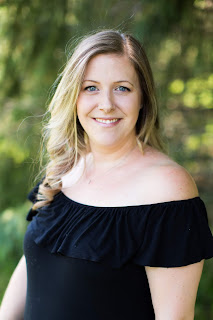 Carey Decevito is a delightfully charming woman whom I met through ORWA.  She always has a smile and an encouraging word for her fellow writers and I'm proud to call her a friend.

Her latest series, Essence Extracted, is a paranormal romance about Payton, an empath who comes face to face with the hidden supernatural dangers in the world, the existence of the Fae and a new love.  The second novella just released this week and the third will be coming next month!

One of Carey's talents is in finding unique voices for all of her characters.  Today, she's sharing with us some of her secrets for getting inside the male mind.

Looking Through The Male Mind

And they thought women were complex creatures…

After decades of reading an array of novels: thrillers, mystery, suspense, paranormal and yeah, romance (duh), I realized one thing…I hadn’t come across many works of romance where a woman had written in a male’s perspective, in the first person.

Since I’m some kind of masochist—okay, so I love to impose a challenge or two (or a hundred) where my writing is concerned—I took a leap of faith, thus began my adventure!
Once Written, Twice Shy (OWTS), the first in my Broken Men Chronicles series, was inspired by a play on online dating and my love for reading and writing. What I didn’t know at the time, was that not only would one book be born, but an entire series would follow!

All interconnected, yet vastly different, the men of The Broken Men Chronicles series each have a unique story to tell.  From a divorcé, to a widower, a retired militant, even the age-old lost love scenario, and childhood nemeses, these men are scarred in some way ("broken" if you will) yet they persevere. Some battles, both physical and emotional, are tougher than others but they all seek one thing…to come out on top. 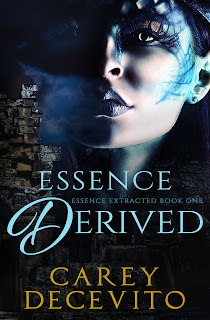 I’m no shrink.  I’m no guy.  I don’t have some degree in male psyche analysis of any kind.  And no, I haven’t suffered an electrical shock much like Mel Gibson in What Women Want where I miraculously know what’s going on up there. Now, you’re wondering how in the world does a woman pull it off?

You see, there came a point in my life (as I entered my thirties), where I came to realize that what the average man and woman want out of life isn’t all that different: a career, a family or at least someone to call theirs, a home, friends, happiness…need I say more? So, I seized the gauntlet and began to write.

I’m the kind of writer that writes with inhibited emotion. If I can’t feel it, it’s no good. In keeping close with everyday life, I like to mix things up. From the hot and sexy, to the rage, the grief, the turmoil that uncertainty in one’s life can cause, not to mention the humor, my readers are thrust into a world where they can relate. Personally, I love nothing more than a work of fiction where I can picture myself as being part of the character's experience. It's that proverbial fly-on-the-wall syndrome.

Reading is an escape. It’s a way to detach yourself from your world and immerse yourself into another’s. Should you laugh, feel angered, annoyed, overjoyed, not to mention, thrilled at any point in a read, then the author’s done their job efficiently.

Some may say that I have feminized my male leads. I disagree. Inspired by people in my life, I wrote characters that have a certain degree of respect toward the opposite sex (yes, even players can have some). In true guy fashion, my men’s dialect can be crass and inappropriate at times as it can be loving, sweet and endearing at others. Same goes for their behavior. I wasn’t looking to write up a slew of Stepford characters. Realistic means with fault and I strive to capture that no matter who the character may be. Of course, writing first person also means that your characters need substance and delving into each of these men’s lives, you’ll quickly come to find out, there is no lack of it. With that said, male readers are able to relate to these characters as much as their female counterparts.

In closing, I have to say that my experience in writing from a male’s perspective has been a
humbling one. I’ve loved the self-imposed challenge, not to mention the humorous discussions I’ve had with my male friends and husband while entertaining the task. For those of you reading this post, I hope that you’ve enjoyed the insight to my inner writer workings. 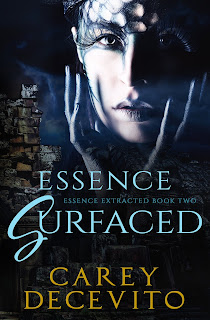 An Author Interview With Carey Decevito

Do attending self-defence classes to get a fight scene right, or contacting a cop friend and sitting in a blood spatter analysis and bomb/SWAT team workshop with the Ottawa Romance Writers’ Association count?

Aside from that, I’ve only written about things I know, researching things online (mythical creatures, Greek mythology, witchcraft, firearms, American law, hacking, etc) or referring to my old college textbooks for anything medical to make sure that what I’m writing makes sense and is right.

What is your writing process?  (Eg: plotter vs pantser, solitary vs public)

When it comes to my writing processes, they vary depending on the genre of book I’m writing. If it’s strict contemporary romance, I’m usually a pantser and simply let the story flow from the tips of my fingers onto the keyboard and go from there. I usually have some sort of plot in mind but nothing is ever mapped out on paper or on my computer. I typically know how the beginning goes, what the major hurdle will be in the middle, and how I want things to end. It’s funny to say, but I actually see my novels develop as though I had an internal movie playing in my mind.

As for my romantic suspense or paranormal genres, I need to plan a bit more. I usually have a document that lays things out. It helps me with the research I need to do whether it be on witchcraft, or firearms…hell, even the time allotted before refueling a helicopter for instance.

Undoubtedly, no matter the genre I’m writing at any given time, I remain a bit of both a pantser and plotter.

And when writing, I typically prefer doing the bulk of it in a quiet corner. If the ideas are clear in my mind, then I can usually write no matter where I’m at, but normally it’s my writing cave or bedroom. The chances where you’ll see me in a local Starbucks are slim unless I’m editing or plotting. Being surrounded by people, especially during plotting the development of a specific book works like a charm to inspire.

As a mother, wife, author, employee, life tends to dominate. My greatest way to escape it all is to either be writing or reading. Whenever I get some “me time”, I like to dive into a work of fiction and only come up for air when needed. Suffice to say that doesn’t happen often.

When I feel the need to get out of the house however, I’m usually walking the dog or finding some kind of footrail with a friend to be a little more active and to simply recharge my mental batteries.

Damn, that’s a tough one! I honestly don’t think I have one at the moment, but if I’d have to pick someone, I’d say that it would be Rex, a character in one of my upcoming novels in the Nightshade series. He’s rough around the edges, honest, tough, yet a sweetheart when it matters—okay, so he’s also sex on a stick too. He has a dark past that could have completely wrecked him (and in some ways it has) but he’s worked so hard to get over those demons. I admire him for his restraint, his dedication to his team and duty, and most of all, his sense of values. He’s a scary man with a questionable work ethic and past—especially since he’s a bounty hunter—but he’s the ultimate bad boy you hope to see stay good and get his turn at happiness. 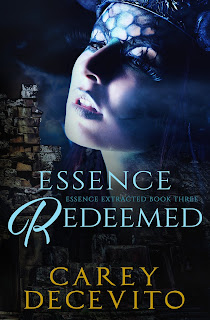 And I just took a trip down the Angel memory lane on this one. (Yes, I’m dating myself, aren’t I?) LOL So who would win? Both have merits really. I mean cavemen are who we were before we evolved both mentally and technologically. Let’s face it…cavemen became astronauts, so wouldn’t both win? Isn’t it in fact a tie in the grand scheme of things?

Regardless, if you were to pit both of them against one another, I’d say the guy with the superior intellect (astronaut) would win. They do have the problem resolution skills and aptitude to research a hell of a lot more than cavemen would. Let’s just hope the problem at hand isn’t one too simple however. It seems the more knowledge we have, the more someone of superior intellect will suss out a complicated way to solve a problem when the resolution is so simple.

Thank you to Carey for being one of my hidden diamonds and for those who want their very own copies of Carey's books, you can find them at the following links:

Or you can find her on social media at

Or you can join the mailing list and have the perfect gems for you sent right to your mailbox!

Previous post: Celebrating #BannedBooksWeek with a look at why people choose to ban books and my opinions on that kind of censorship

Posted by Jennifer Carole Lewis at 05:49