There are lots of authors and books out there, so many that it can be hard for readers to find the books that they love to read. So I want to to share the gems hidden among the chaos. Each month I'll feature a new Hidden Diamond author.  If you want to know more, I can make sure you discover the diamond you've been searching for. 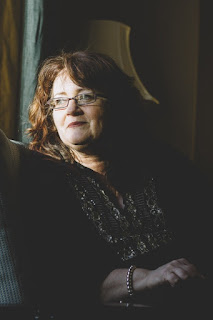 This month's Hidden Diamond will be in Ottawa this summer for Romancing The Capital to share her fast-paced romantic suspense books. Stories about strong women and the protective men who keep them safe while falling in love.  Set in beautiful Durango, Colorado, the first two books are out and the third will be released in February.  Keeping Six starts the series with Kerry and Damian: when a chance encounter could offer a second chance, an FBI Special Agent In Charge has to decide between following his heart and compromising his investigation.  Cabin Twelve is about a brook-no-interference paramedic and a workaholic FBI agent.


Her stories feature characters who might not be perfect but who still find their happily ever after while experiencing an exciting adventure.  She's won the RomCon's Reader's Choice Award for best first book and was a finalist for the Kindle Book Award

Freya shares her thoughts on writing her way into the male mind as well as her answers to the Hidden Diamond author questionnaire.  Find out about her writing process and her favourite fictional crush.

Writing a man…as a woman 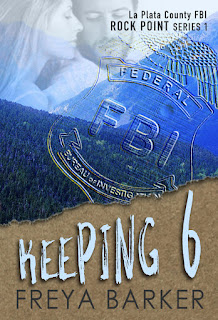 What is the most difficult thing about writing characters from the opposite sex?
Traditionally writing my stories from a dual point of view, I’ve been asked this question a few times, and my answer is simple.
Exactly that: they’re from the opposite sex.
The term alone highlights potential pitfalls, although I don’t think we’re essentially that different at all. I believe we all have similar issues that occupy us, we simply respond to them differently.
Where women (generally speaking) are more vocal about their happiness or displeasure for instance, men tend to keep things closer to the chest, even if they may feel the same emotions. You can often recognize trouble when a woman gets loud, and a man gets quiet. We tend to show our emotions to the world and men hide them.
I realize I’m generalizing, but these are things I take with me when I shape my characters.
I actually enjoy writing from a male point of view. I enjoy trying to figure out what a man’s motivation might be to say or do the things he does. 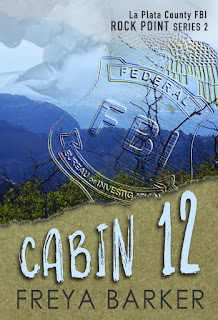 It is frequently said (by men!) that women are hard to figure out, but I don’t think men are any less so. I’ve learned a thing or two—growing up with four older brothers and later raising a couple of sons—about the male gender. If I’m unsure how my male character would say this, or do that, I simply imagine one of my brothers in the role and the answer comes easily.
I often pluck little bits of character trait from the men I know and have known in my life, and build a personality around those.
Physical experiences are difficult to describe from the point of view of the opposite sex. The body’s basic responses to let’s say…a knee in the jewels, sexual stimulation, or even an orgasm. By the mere biological differences between men and women, those types of sensation-based experiences are particularly hard (no pun intended!) to describe.
Yet the one greatest challenge for me—in writing a solid and especially believable, leading man—is that I’m really just guessing at how men really look at us women.


And if I had the answer to that, I’d be Jeffrey Dean Morgan’s next squeeze!
- Freya Barker

An Author Interview With Freya Barker 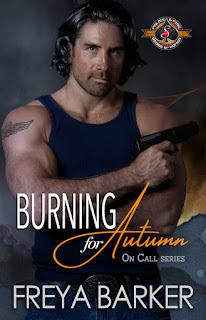 What's the craziest thing you've done to research a book?
For my Rock Point series, I spent an entire month in Colorado house-sitting a place perched on the edge of a canyon, about 15 minutes away from the tiny town of Dove Creek and the next living person. It served multiple purposes: the solitude helped me get in character for my heroines in this series, who all spend substantial amounts of time on their own, surrounded by nothing but nature. My first night alone in this house, I was woken up by a couple of coyotes calling each other across the canyon. An eerie sound, but also quite beautiful, and it enforced that sense of solitude.
I also scouted out locations in Durango, I needed to get familiar with the setting and the ‘feel’ of the town. I had dinner in the authentic Saloon attached to the historic Strater Hotel, so I could accurately describe the experience. I even went wild water rafting down the Animas River, because I wanted to be authentic when writing about my heroine’s rafting trip.
I walked through, visited, and saw every spot I describe in this series, hoping to give the stories a feeling of authenticity.
What is your writing process?
I need peace and quiet. For instance, my hubs is watching sports on TV now, and I have a hard time focusing. My favorite time to write is in the early morning, just after he leaves for work, and the dog is napping. I get most of my writing done then.
I’m a pantser, but recently have tried to plot at least a little, to see if that would make the process of writing smoother. Pantsing comes with the risk of days without any clue where the story should go next.
What is your favourite thing to do to relax?
First and foremost—reading. Love reading and do it every day, even just the ten minutes before I go to sleep. I also play Sudoku on my phone. It helps me get my brain working when I feel sluggish. I also love watching true crime and forensics shows, even if that’s in part research for me.
What is your favourite fictional crush?
I have a few. I adore Jesse Ward, of This Man, by Jodi Ellen Malpas. He’s so deliciously alpha and yet hiding a broken and vulnerable man. I also love Gunnar, the hero and single father of two, in my From Dust novel. There are so many more, I adore all of my guys, but I’m pretty partial to Kristen Ashley’s brand of hero as well.
In the spirit of the great Joss Whedon debate: who would win: cavemen or astronauts?
I have to confess, I had to look up Joss Whedon. I am a certified non-geek. LOL. So I’m not sure what the debate is all about, it appears the man had quite a few on a variety of subjects, but when it comes to cavemen or astronauts, my pick would be cavemen, hands down.

Thank you, Freya, for being one of my Hidden Diamonds!  And for those who want their very own copies of Freya Barker's exciting books or if you'd like to follow her on social media, you can find her at the following links:

Burning for Autumn (On Call Book 1)

All of Freya Barker's Books On Amazon

Thanks for joining us.  Come back next month for a new Hidden Diamond!

Or you can have a look at last week's blog post: Editing Away, an in-depth look at my editing process.