Hidden Diamond - A.M. Griffin and A World of Gods, Magic and Danger

There are lots of authors and books out there, so many that it can be hard for readers to find the books that they'll love to read.  So I want to share the gems hidden among the chaos.  Each month I'll feature a new Hidden Diamond author.  If you want to know more, I can make sure you discover the diamond you've been searching for. 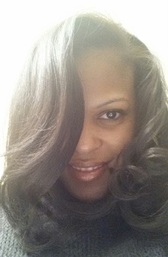 I first met this month's Hidden Diamond at Romancing the Capital when we shared a panel on urban fantasy.  A.M. Griffin struck me as a funny, witty lady and her description of her Babylonia Jones series had me ordering the first book that very night.  I love strong female characters who stand up for themselves and find their place in the world and after reading The Undercity Chronicles, I can confidently place Babylonia among my favourite heroines.

But there's more to A.M. Griffin than just one urban fantasy series.  She also has Sci-Fi romance, contemporary romance and paranormal romance under her A.M. Griffin pen name.  Her tagline is Love That's Out Of This World, and she lives up to her hype: whether it's post-alien invasion civilization or a secret underworld of vampires, werewolves and fairy tale creatures, every story comes with love, passion and excitement.

Today she's sharing her thoughts on creating fantastic worlds and her answers to the Hidden Diamond author questionnaire.  So if you'd like to know what the craziest thing she's ever done to research a book is or her opinion on cavemen vs. astronauts, keep on reading!

Making The Fantastic Into The Everyday

For those who don’t know me my name is A.M. Griffin and I write paranormal, science fiction, urban fantasy and dabble in contemporary romance. I also write monster erotica under my alter ego B.A. Thruster.

I enjoy writing in those genres because those characters and worlds are limitless. For my sci-fi series (Loving Dangerously), I had to build a completely different society with alien norms and acceptable practices then plop humans into it. Under normal circumstances any human would’ve had a hard time adjusting to an alien culture, but the humans in this series witnessed the destruction of Earth, death of family and friends and were sold to the highest bidders.

Yeah, imagine having all that thrown on you.

Those characters have some mighty big chips on their shoulders and I loved writing every minute of it. The hardest part about writing the Loving Dangerously series was that it was pretty hard convincing my characters that they loved the hero/heroine. Usually they just wanted to kill them and move on to the next alien. LOL! 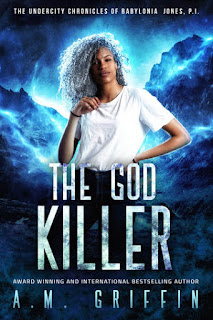 I didn’t have to create such elaborate worlds for my paranormal (Dark Wolf Enterprises and When A Vamp Falls) and urban fantasy (The Undercity Chronicles of Babylonia Jones) series. Both of those series take place on good old Earth, present day, but what I find most intriguing is that in those series was there’s a thriving paranormal world hiding in plain sight. Humans go about their days obliviously unaware of wolf-shifters and corporate embezzling and a half-human, half-goddess running a PI agency in Detroit.

I love writing because I love reading. Growing up as an avid reader I often found myself immersed in in books and often times imagining and continuing the story long after I’ve put a book down. I’m often asked why I write the stories that I write and what’s the motivation behind them and one answer is consistent. I write the stories that I want to read, which I do, often! I’ve read Dangerously Forever about five times and I’m on my second round of reading On These Pages. I really do hope that readers enjoy my books as much as I do!

An Author Interview with A.M. Griffin

I think actually typing some of my searches in Google is dangerous enough. If the government ever decides to pull my search history I would have A LOT of explaining to do. 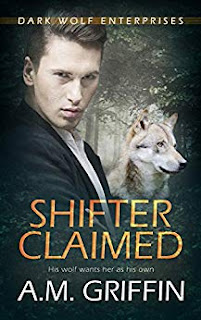 I’m a pantser. I write whatever is on my mind and just let the story flow. For some stories where I have very strong characters I do find that about half-way through I have to plot out the end chapters to help get the story back on track. I’m not saying that works all the time, but it does help to curtail the character from going rogue some of the time.

I love reading. Whenever I have a particularly hard day at work I find that curling up with a good book does wonders for my soul and peace of mine.

Ash from the Dark Hunters series by Sherilyn Kenyon. I would do so many wicked things for that Atlantean God.

Cavemen. Cavemen adapt. It’s scientifically proven (hello present day humans). Astronauts, while having smarts, really would be hindered if technology was taken away. Honestly, I don’t think anyone walking Earth today could outsmart a caveman when it came to survival.

Thank you, A.M., for being one of my Hidden Diamonds!  And for those who want their very own copies of A.M. Griffin's books or who'd like to follow her on social media, you can find her at the following links:

All of A.M. Griffin's books

Or you can join the Hidden Diamond mailing list and ensure that the perfect gems for you are sent right to your mailbox.

Previous post: Alpha vs Alpha, a look at when two strong-willed characters fall in love

Or check out my monthly Heroine Fix to see other amazing and interesting female characters from pop culture.

Posted by Jennifer Carole Lewis at 02:44