The Trouble With Fan-Fic (The Mandalorian)

I promise this blog post is not a secret cry for help in the grand style of posting something you'd never say in order to signal that you need rescue.

I love fan fiction.  It's where I started writing and it's still my comfort go-to place when I need to recapture the fun and creativity of storytelling.  I wouldn't have gotten through my depression in the last six months without fan fiction, both reading and writing.

That doesn't mean there aren't problems.  Or rather one specific problem.

At the end of October, Season 2 of The Mandalorian will be released on Disney Plus.  Those who know me know that I adored that series.  As in "I will not shut up about it", "I have a major crush on Pablo Pascal" and "relentless search for the action figures" levels of adoration. 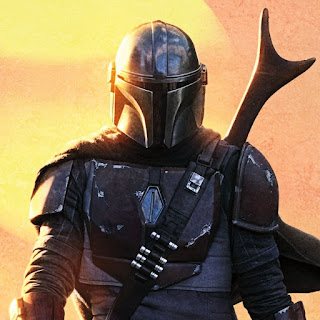 So, not a big surprise that the 8 episodes of Season 1 weren't enough for me.  I started doing little vignettes and scenelets almost as soon as the credits on Chapter 8: Redemption rolled.  (For the curious, I decided the story needed a romance and that a Force-sensitive Kaylee-type character (from Firefly) would be the perfect match for Din and the Child.)  But I kept it light because I'd already learned a major downside of writing fan-fic while a series is ongoing: it makes it harder to appreciate the new official material.

In ordinary times, I would be jumping up and down levels of excitement at the prospect of Season 2.  But instead I find myself hesitant.  I ended up delving deep into my own version of The Mandalorian universe because that was the only thing I ended up being able to write while I was trying to cope with the pandemic, my family, and my own mental health.

I've got about 80k worth of a story full of adventure and romance.  I feel like I know that universe's characters as thoroughly as my own.  I have a backstory for Din, a rivalry with other members of the Order, and a slightly less than canonical view of whether the Mandalorian's vows are to never remove the helmet or to never let another living being see his face.  I made the enclave on Navarro just one of several Mandalorian sanctuaries.  I explored what the Mandalorians do with the foundlings they rescue and created my own society of masked space pirates.

So, yeah, safe to say that I invested a lot of imagination and thought into it.

But now I'm faced with knowing that the official writers will almost certainly not have created a version of the story that matches with what I wrote.  Which means mentally sundering one or the other from what I consider to be the "real" story.  (This has happened to me before.  I had some fantastic ideas for Fringe, and as a result, I don't acknowledge Season 5 in my own personal canon.  Ditto X-Men 3, which contradicted my two X-men fan-fic novels which were written after X-2.)

In the great scheme of things, it's not a huge problem.  In fact, it's a very privileged problem to have.  Oh, poor me, too many great stories.

At the same time, it's an illustration of how connected fans can become with worlds that other people have created.  Fandoms are more than just a place where people who all like a particular show, book, or movie can gather.  Those stories become real to us in a way that can be hard to explain to someone who hasn't experienced.  We integrate parts of ourselves into those universes, sometimes directly by creating characters who are stand-ins for ourselves, and sometimes by creating our own pieces of the stories.  By claiming a place for ourselves, we become a part of those universes.

Imagination and stories have always been a vital part of the human experience.  And I suspect that making ourselves part of those stories has been a part of the process from the beginning.  It's how we make sense of the world, by telling stories about our experiences and how we wish the world would be.

In my case, that's in a world with a sexy single dad bounty hunter, but your world might be different. 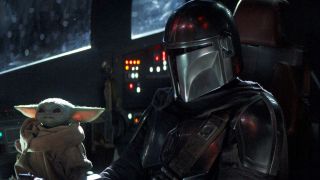 Posted by Jennifer Carole Lewis at 02:22

Email ThisBlogThis!Share to TwitterShare to FacebookShare to Pinterest
Labels: fandom, More Than A Story