Reclaiming My HEA: Pick Your Hotties

Reclaiming My HEA is a regular monthly feature on this blog, sharing my experiences as I go through the process of a divorce after twenty years of marriage and adjust to being single again in my forties.

It's been awhile since I wrote about this and I've been through a lot.  As many of you may know, due to the circumstances with our children, my ex-husband and I decided to continue to share our family home so that our kids could continue to have access to both of us.  It's been a difficult decision (though I'm still convinced it was the right one) and doing it during a pandemic has been especially challenging. (I speak about the challenges of sharing a house with my ex in the previous Reclaiming My HEA.)

One thing that has been helpful is working with a therapist to deal with the internalized messages that are stuck in my head.  It's hard for me to believe that others might find me attractive, and since I've been having to deal with just about everything at home on my own, asking for help isn't something that occurs to me.

My therapist had a good idea.  Since I am a romance writer, she suggested I try to change my internal messaging by writing little scenes that feature my own happily-ever-after.  She suggested I pick a celebrity as my hero and imagine a future where I don't have to worry about money and have a devoted and caring partner.

Imagine a hot guy hanging around my house?  Yeah, I can do that.

As I considered my options, I thought that it might be fun to share some snippets on this blog.

First step, I'll have to pick my celebrity.  This is a little odd for me.  I'm used to crushing on characters, not the people who play them.  With the character, I'm not stuck with any less than awesome real life traits and I can ignore any real-world spouses or families with a clear conscience.

(And for the record, this is meant to be inspiration and entertainment, with zero intention of making any person feel awkward or imposed on, especially the chosen celebrity or their families and friends.  If this does happen to cross anyone's screen, I hope they'll understand that I am using their likeness as a shorthand for the kind of person I am hoping to one day find love with, not a declaration of hoping for them specifically.)

That said, here are the gentlemen I'm considering.  Votes and opinions welcome! 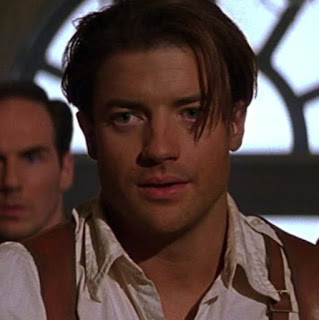 Brendan Fraser.  He was the go-to hot and nice guy in the late nineties and early 2000s.  I absolutely developed a crush on his character in The Mummy and The Mummy Returns.  And I'm probably one of the few people who absolutely loved Bedazzled.  He's a fellow Canadian and I can't recall ever hearing anyone say something bad about working with him.  I could see him as an enthusiastic, energetic guy, the sort who is always up to try something new. 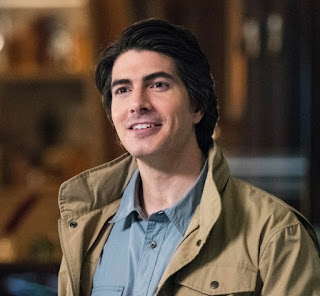 Brandon Routh.  He is my all time favourite Superman, and I adore his Ray Palmer in DC's Legends of Tomorrow.  I have heard that he is a fellow geek and RPG player, which would be awesome.  In my imagination, I would assume that he shares his character's love of musicals.  Again, he's one of those actors whom everyone seems to love working with. 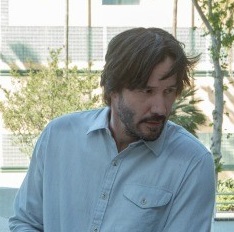 Keanu Reeves.  I can't think of a single Reeves role that I didn't love: Matrix, Speed, Constantine, John Wick, To The Bone, even Bill and Ted.  He is notoriously sweet and kind, to the point that Romancelandia has adopted him wholeheartedly.  I like to think of him as a curl up together in front of a fire, each with a book kind of guy.

Tempted though I am, reverse-harem is not an option for this particular exercise (I checked).

Any of these gentlemen would be a worthy romantic hero (or at least the versions of them that I'm imagining), so, readers, what do you think?

Previous Reclaiming My HEA: Hunkering Down (Sadly without any hunks)

Posted by Jennifer Carole Lewis at 01:00

Email ThisBlogThis!Share to TwitterShare to FacebookShare to Pinterest
Labels: Reclaiming My HEA